In advance of their Centennial season, the New Jersey Symphony had plenty to celebrate—brilliant musical performances; forward-thinking programs; an internationally renowned music director; and an impressive track record of inclusivity, education, and community engagement.

But the orchestra faced significant challenges: the heavy-hitting orchestras of New York and Philadelphia were across porous borders, and performing in multiple venues across the state (none of which it owned) made it hard to engender local “ownership”.

As the pandemic receded and the orchestra reopened its doors, there was a great opportunity—and a need—to make the most of the orchestra’s return to live performance and its milestone anniversary. We came on board to help the Symphony engage more attendees and supporters; build a deeper, more widespread sense of community ownership; and elevate its considerable strengths within a crowded landscape.

“In a challenging market, between two very prominent orchestras, we needed to show and tell audiences what sets us apart—and engage our diverse audiences in our wide-ranging programs and educational initiatives. Our collaboration with Sametz Blackstone does exactly that, and perfectly captures who we are and want to be going forward—a leader in the orchestra world known for our innovation and inclusivity.”
Gabriel van Aalst, President and CEO, New Jersey Symphony

We developed a set of guiding attributes, key storylines, and messages to help the orchestra define and articulate its differentiated value, which became building blocks for verbal and visual expression. Underlying all, we positioned the orchestra as dynamic, welcoming, and “New Jersey.” 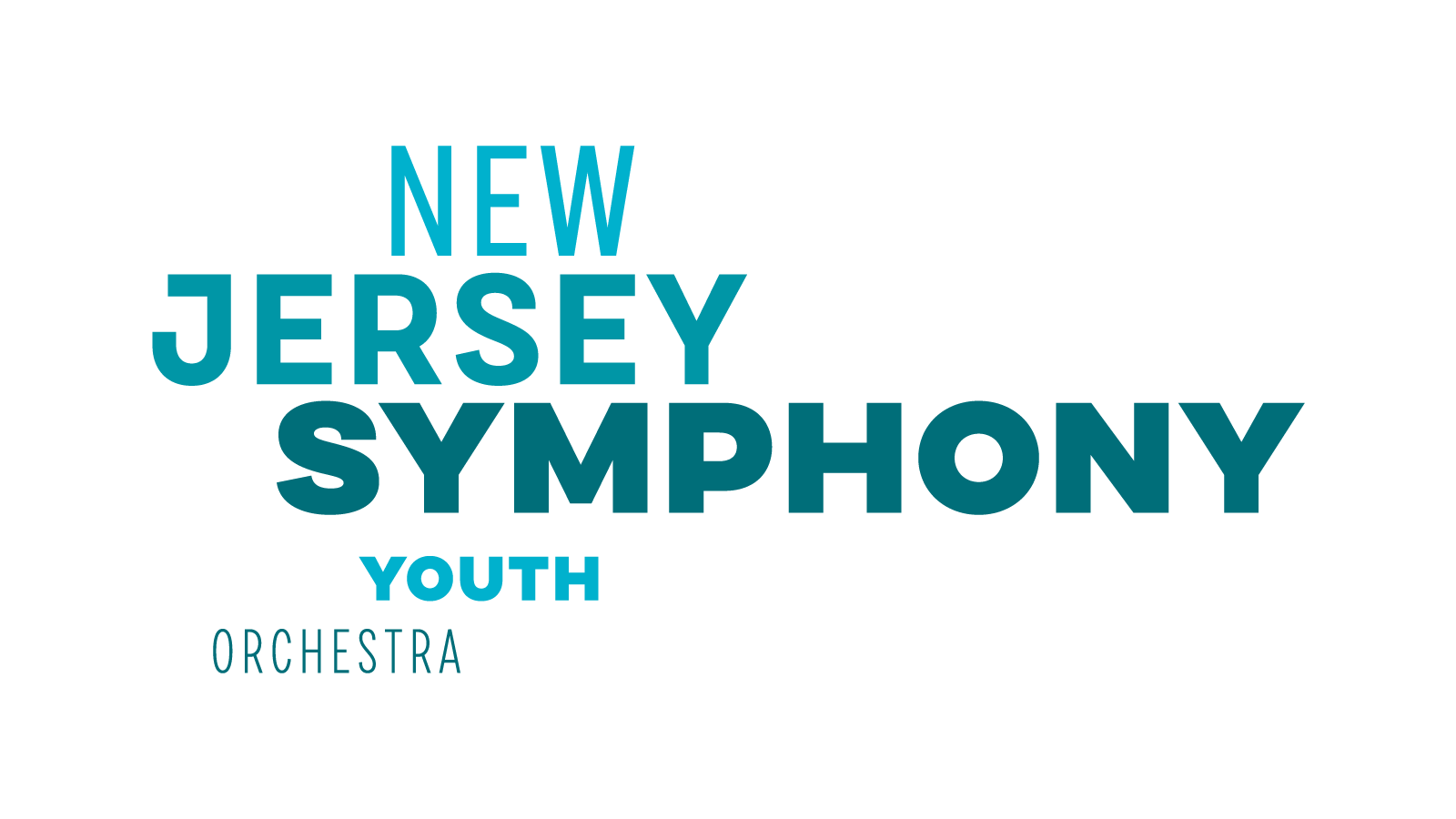 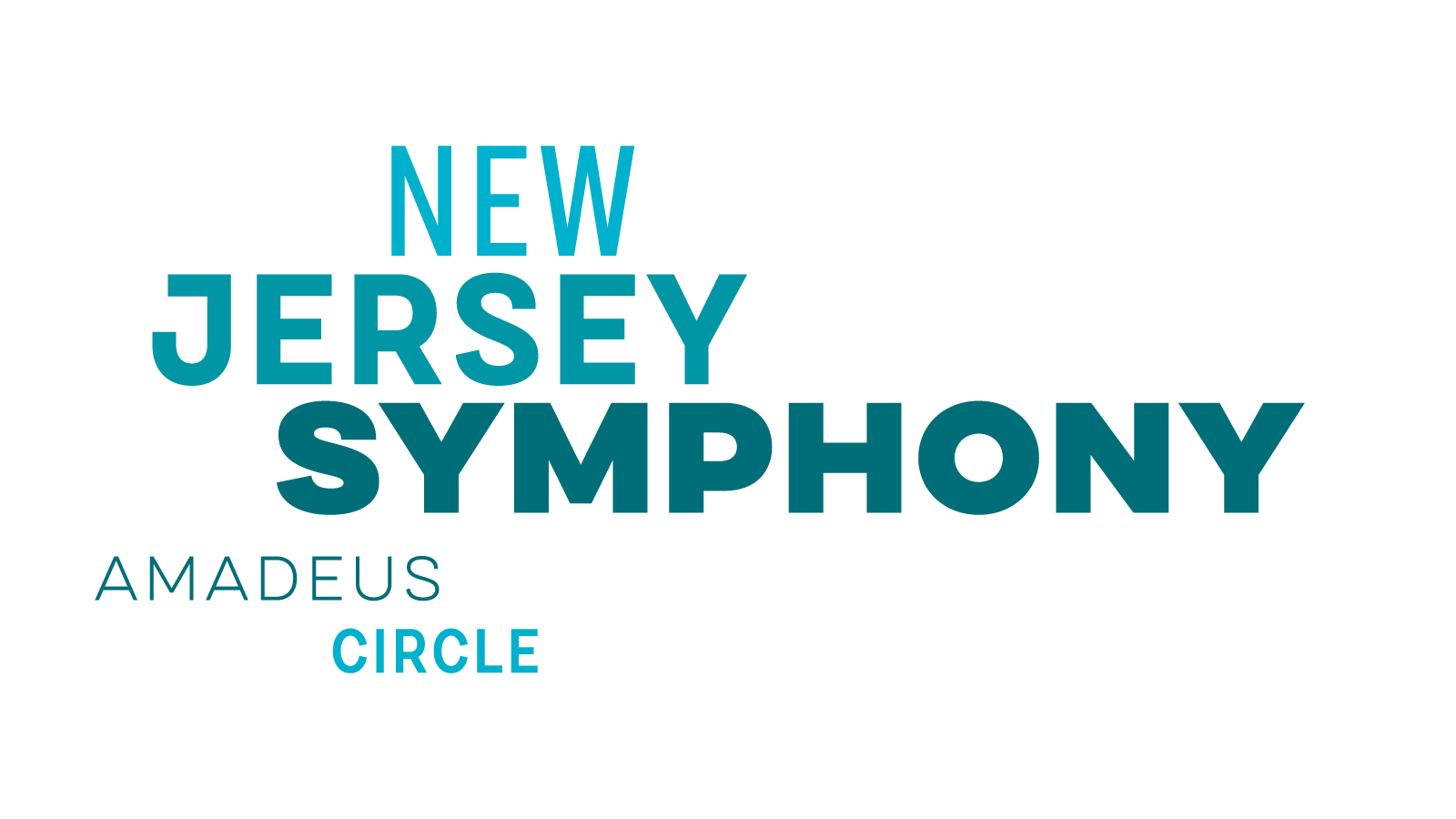 engaging the elements of design 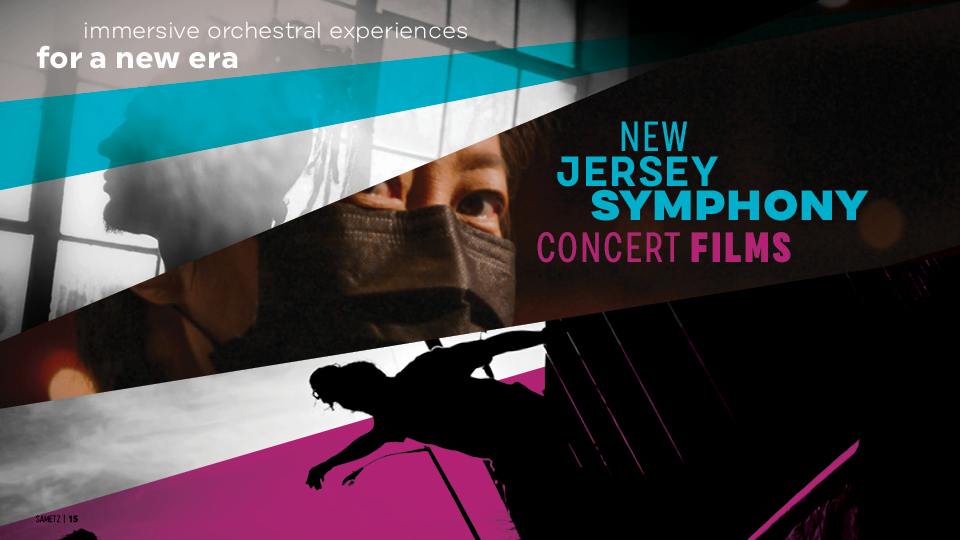 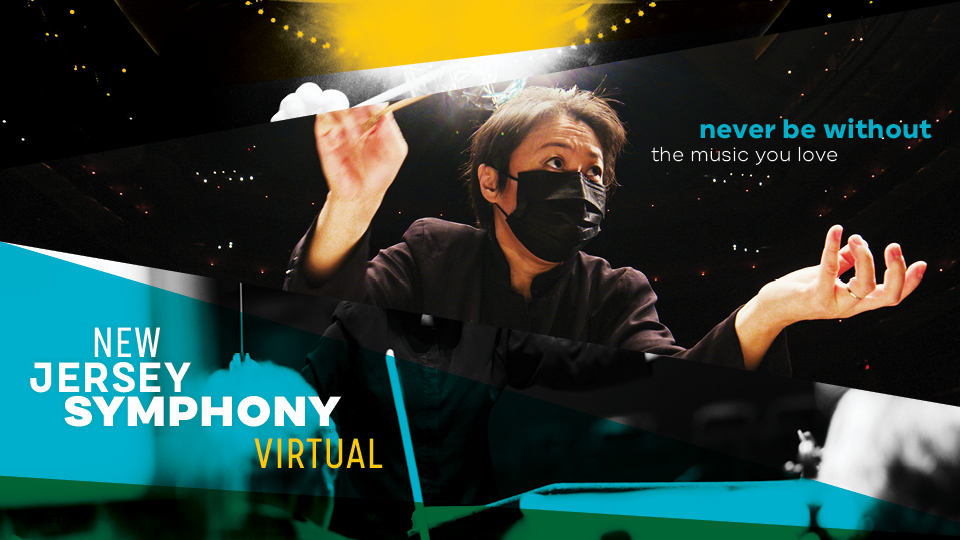 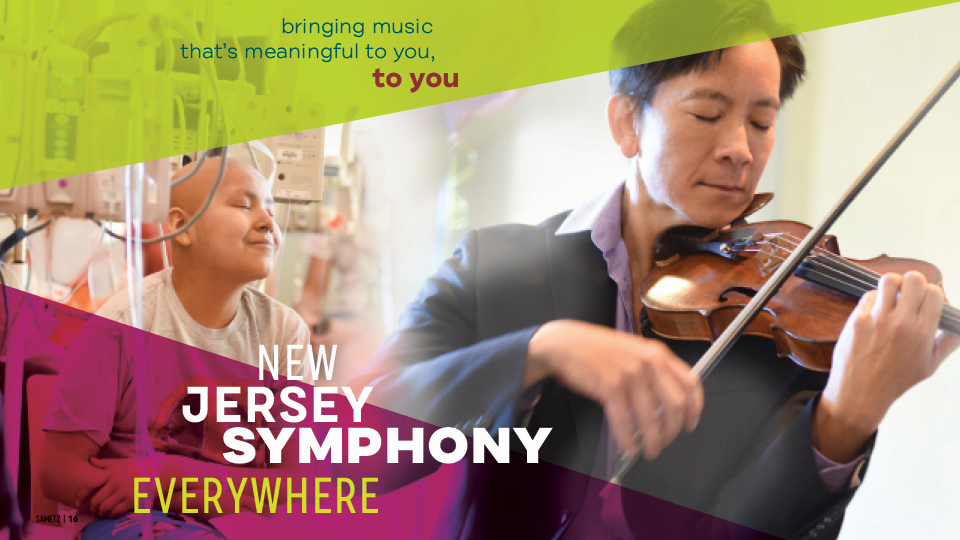 “Stakeholders and patrons have been drawn in by the exciting look and feel—and we’ve seen that borne out by some of the highest response we’ve ever seen to our digital ads and online communications.”

bringing clarity to a range of offerings

We worked with the orchestra to create a new vision statement and high-level message to highlight the Symphony’s history of innovation and its commitment to diversity, equity, and inclusion—values the orchestra “walks” rather than just “talks.” In addition, we crafted messages that emphasized the value of the orchestra’s statewide reach and the rich variety of musical genres and concert experiences—”bringing music that’s meaningful to you, to you.”

The New Jersey Symphony is living what it means to be a nationally leading, relevant orchestra. Essential to the rich cultural fabric of our state, we provide inspiring, enriching, entertaining experiences—across genres and venues—bringing music that’s meaningful
to you, to you.

Through adventurous performances, engaging educational experiences for all ages, and robust community programming, we encourage everyone to enjoy the magic of orchestral music in all its forms. Led by internationally acclaimed music director Xian Zhang, our outstanding musicians, conductors and soloists offer the highest level of artistry—from classical masterpieces to world premieres—along with popular works and family concerts.

We’re proud of 100 years of being in and of our community. A deeply rooted commitment to diversity, equity and inclusion drives our mission to champion new, and often local, voices—and invites new audiences to join us.

We’re your New Jersey Symphony, and we’re here for you with extraordinary concerts, events and programs—year-round, throughout our state, and virtually, wherever you are. 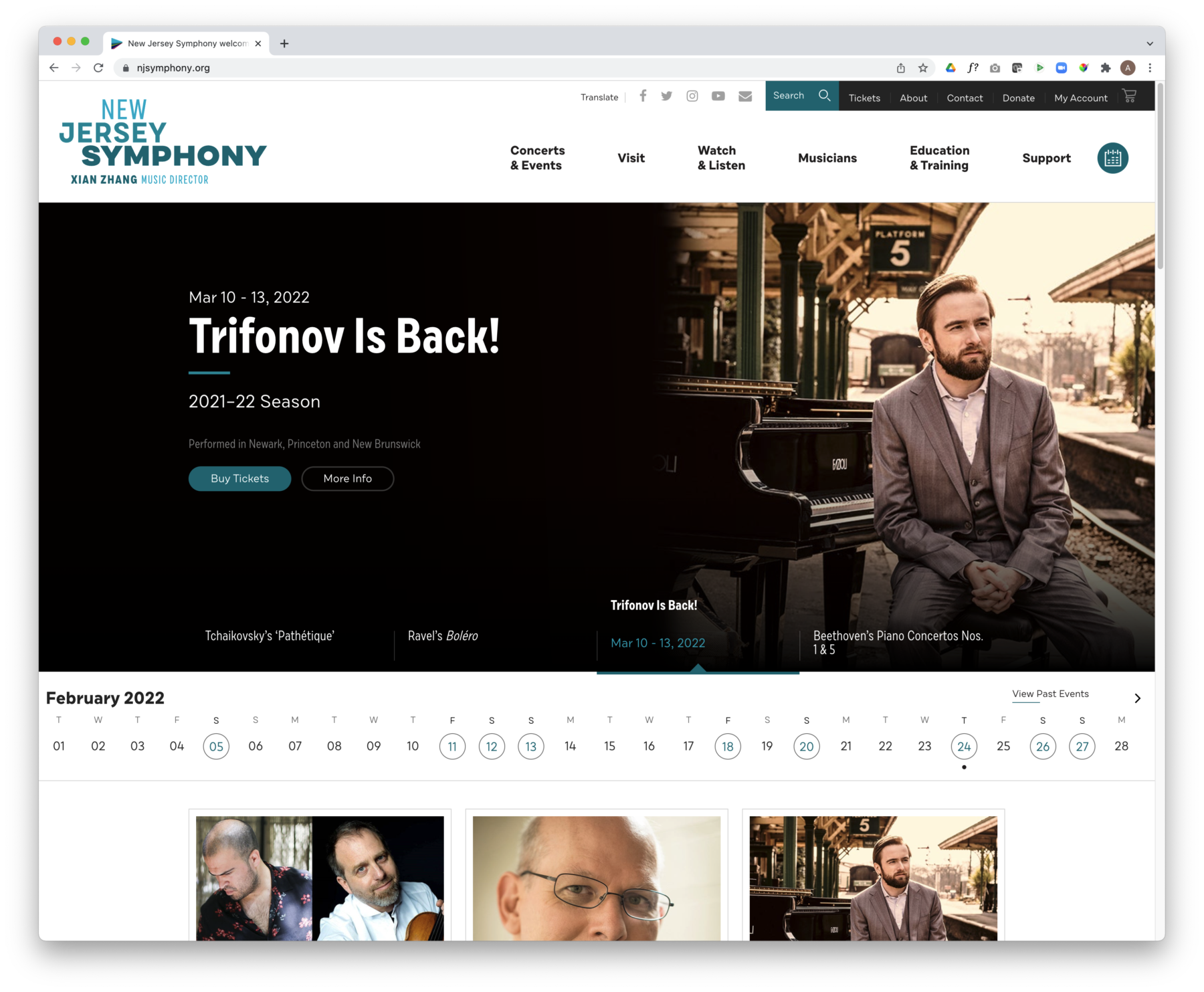 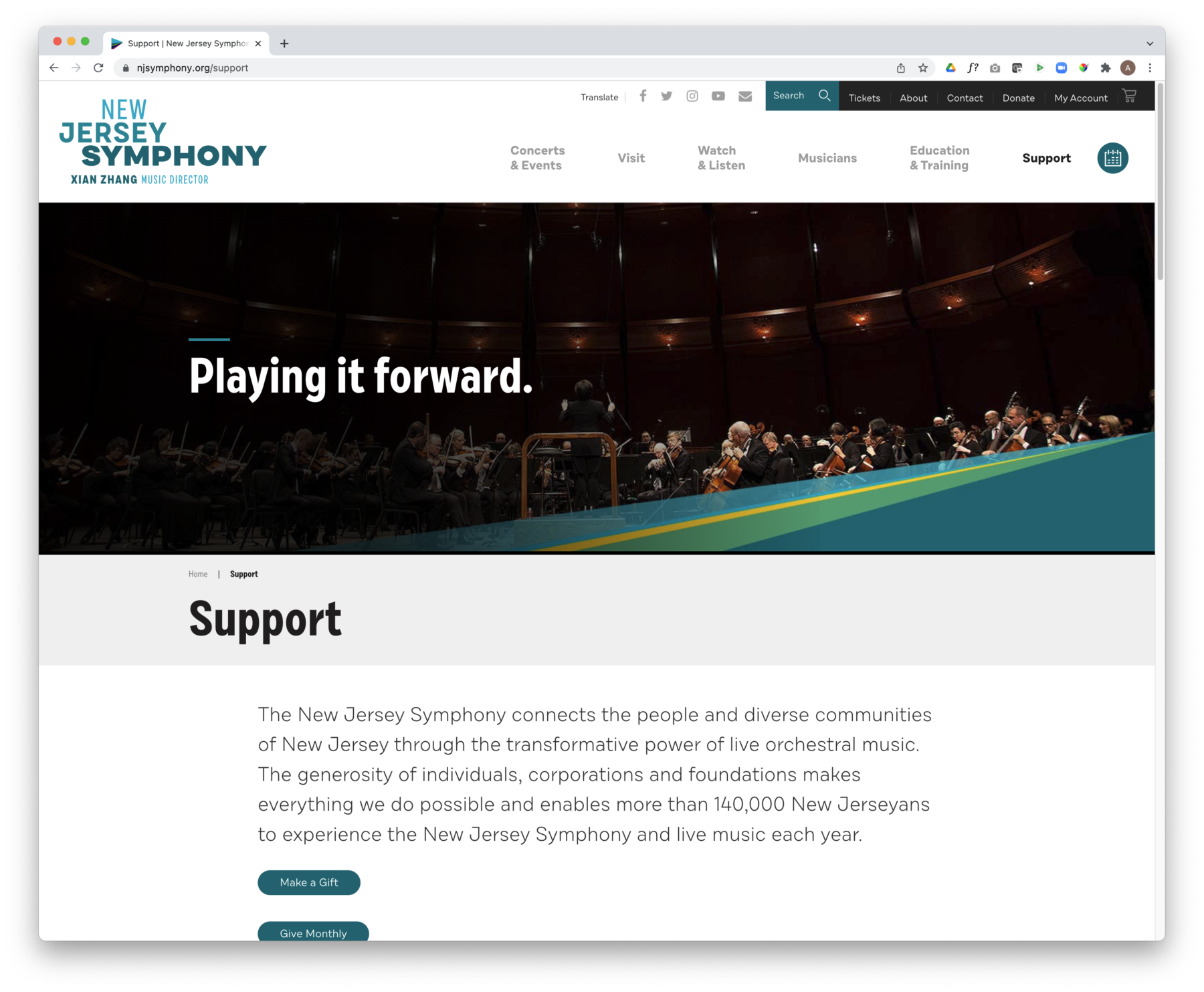 “Evolving our brand has been a mission-critical project, and Sametz Blackstone has been right there, providing leadership, creative ideas, and highly responsive, hands-on support.” 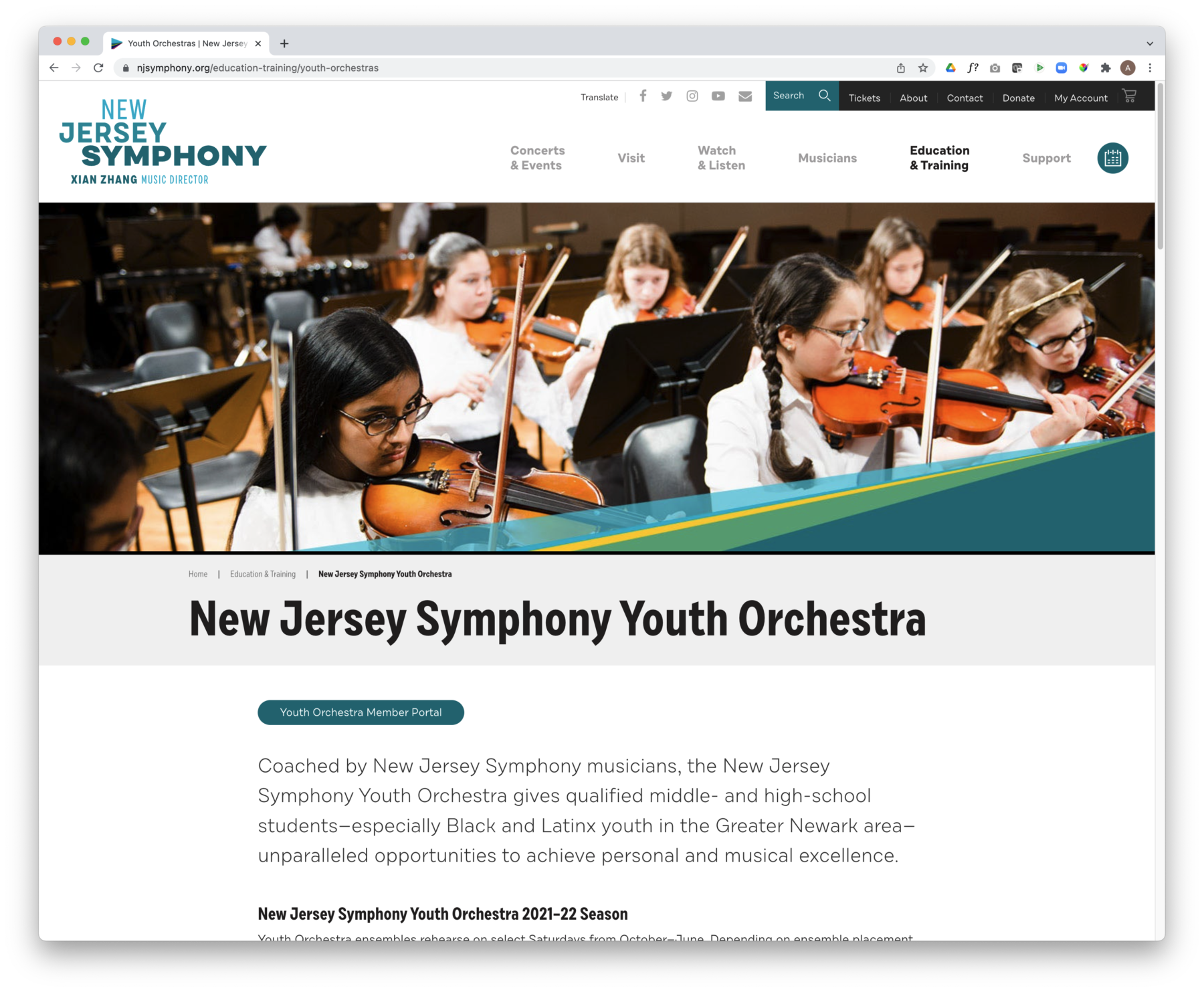 To ensure the success of the new brand’s launch and ring in the centennial, we worked hand-in-hand with the Symphony on key communications for the first in-brand season: an updated website, season brochure, posters, digital and social media assets, environmental graphics to better “own” its different performance venues, and a suite of development materials that encouraged philanthropic investment, rather than a transaction.

energized to ring in the centennial 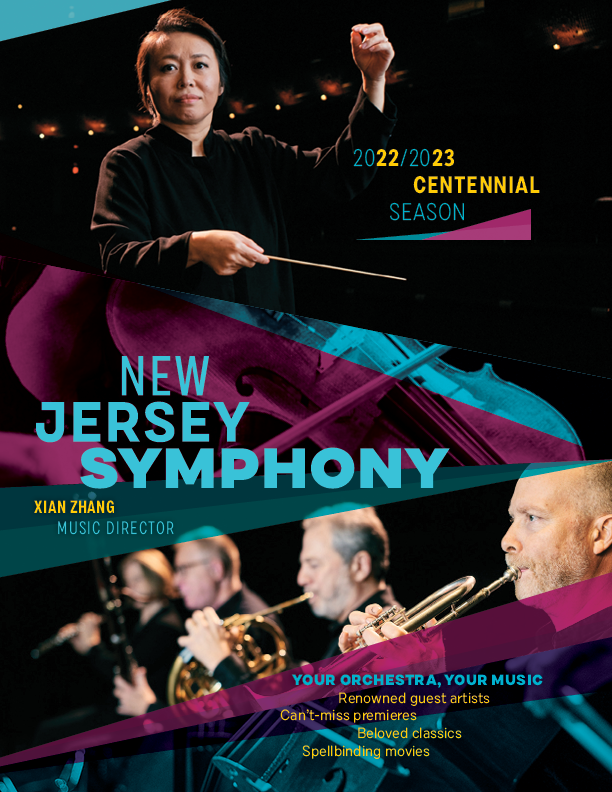 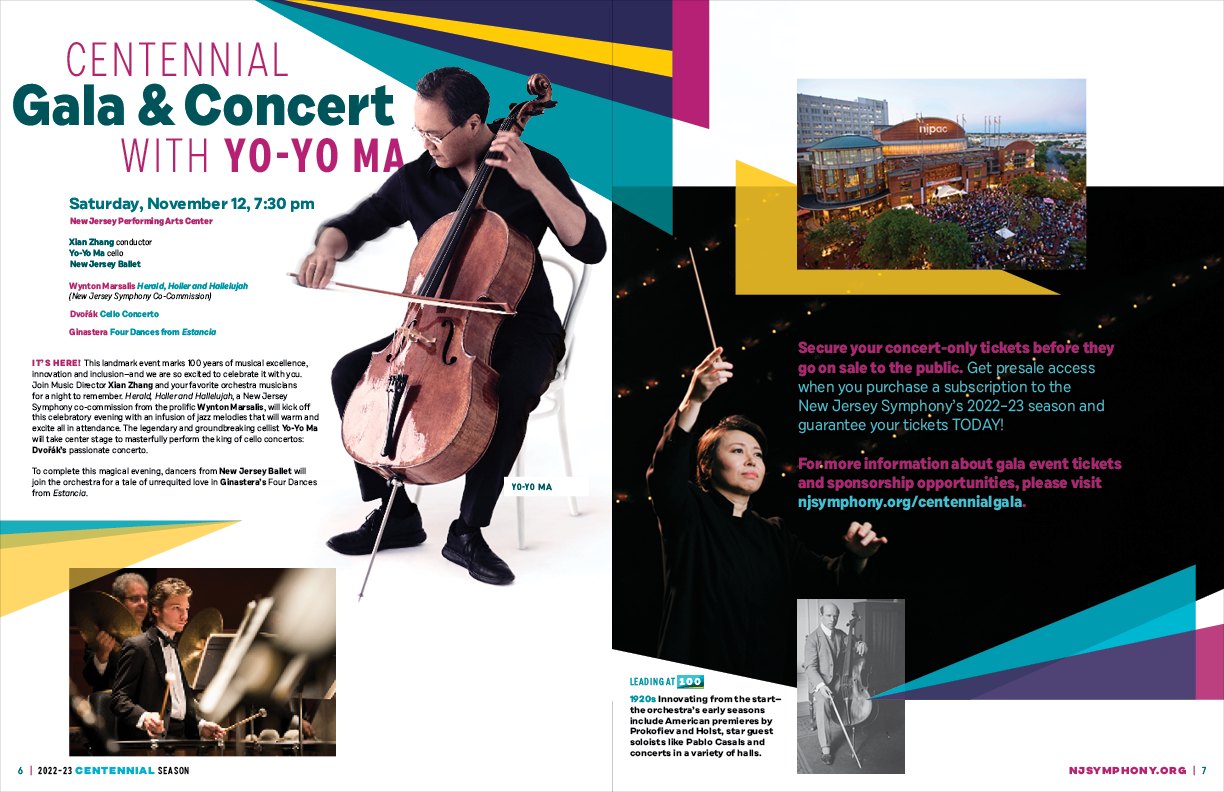 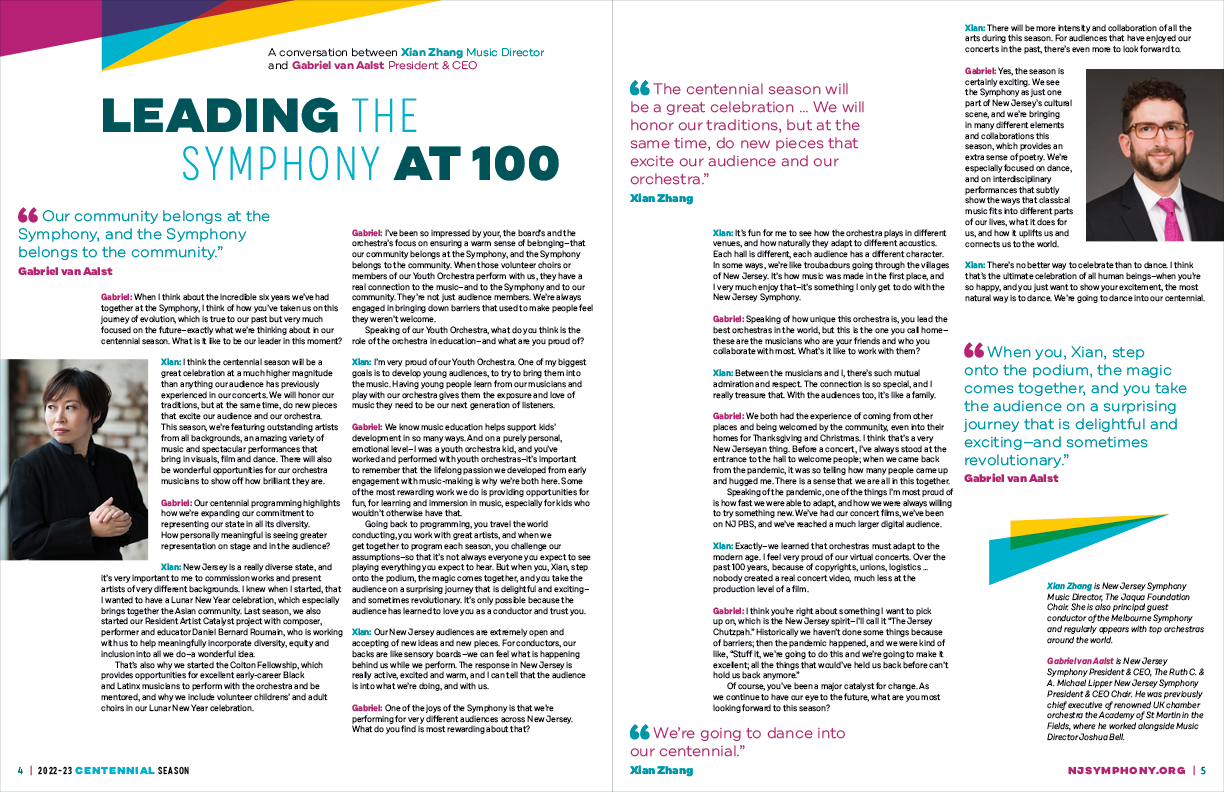 “Going into our centennial, we wanted to make the most of the opportunity to reconnect with our loyal audiences—and build on relationships we developed through new digital initiatives.” 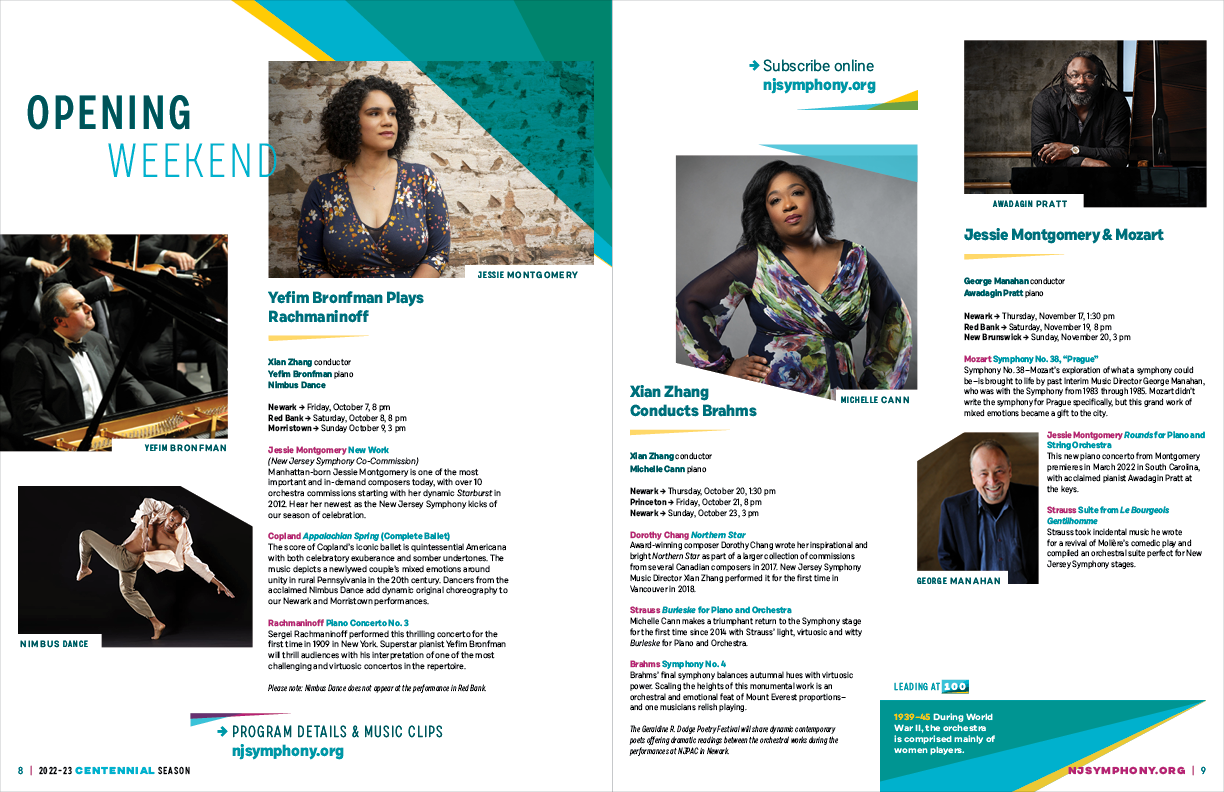 meeting people where they are 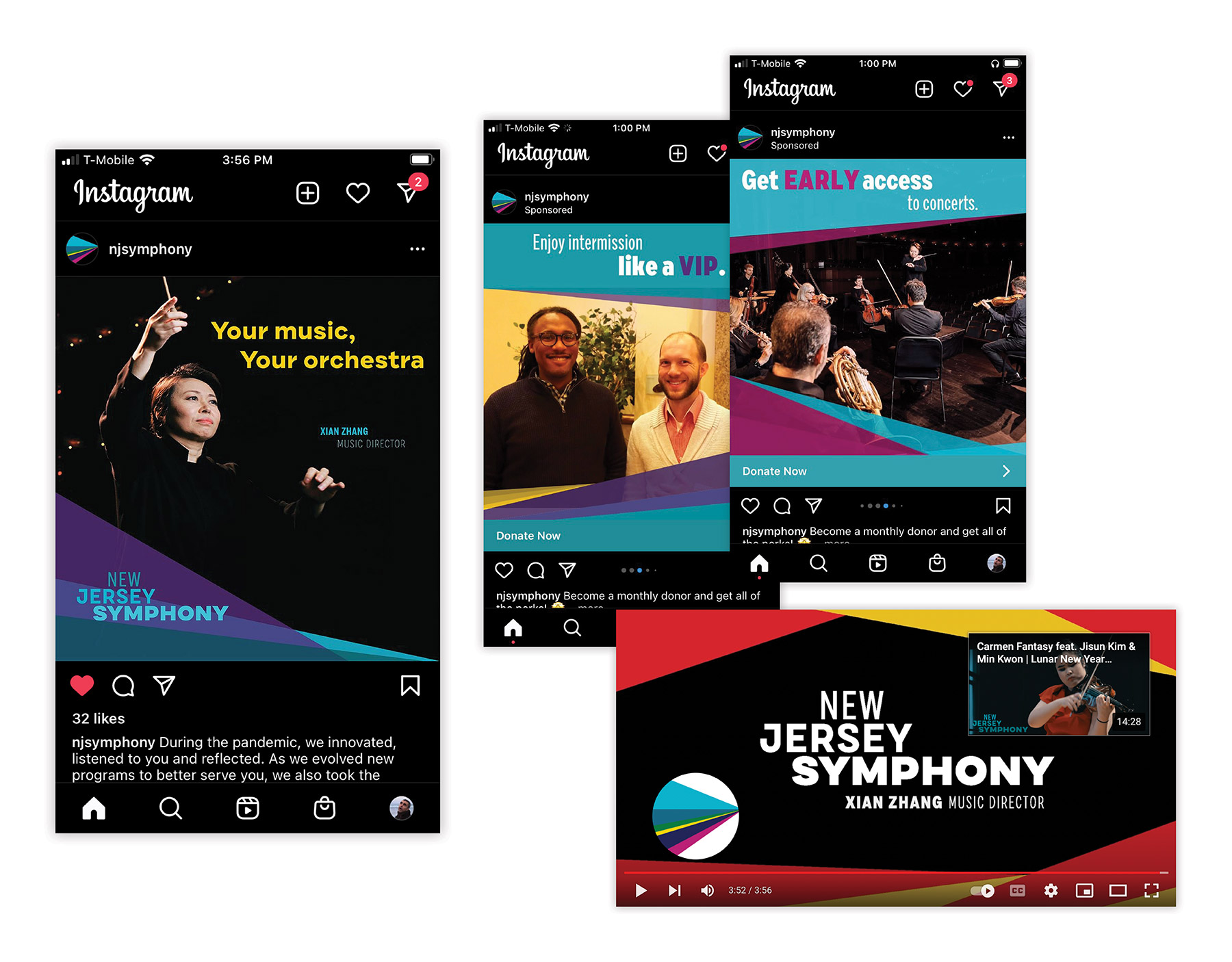 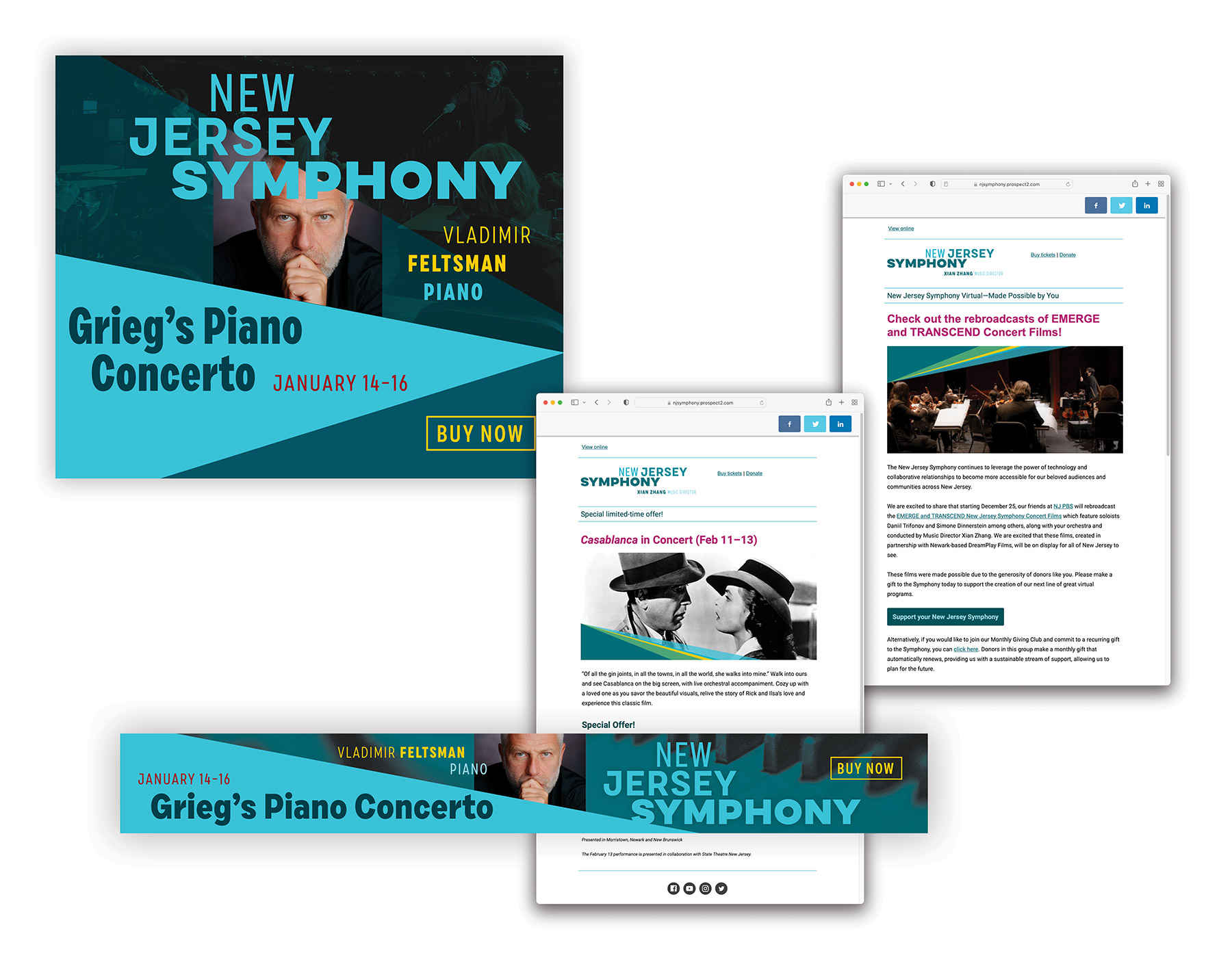 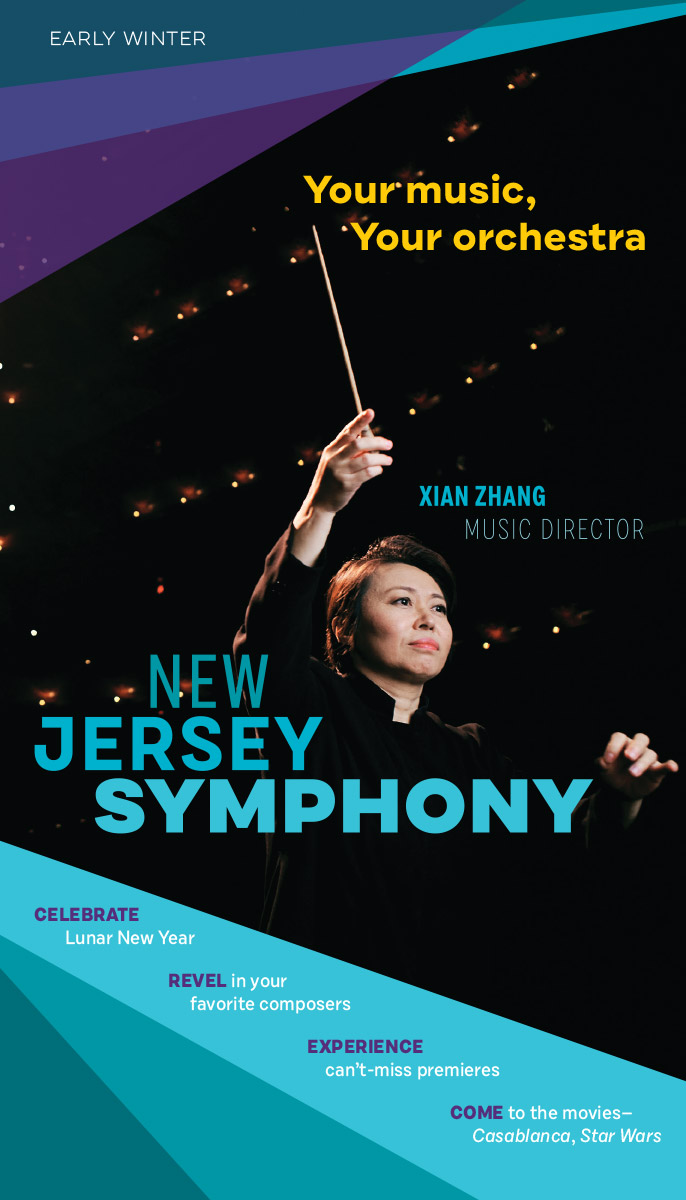 “We communicate more authentically and effectively now: what we had before could have represented any other music organization—now we look and feel like the unique orchestra we are.”